Hi everyone! We’ve had a couple busy weeks since our last post. We hit a couple milestones and celebrated major improvements.

During physical therapy on. April 10th, Fisher rolled over from her belly to her back! I think she was just showing off for Ms. Jenn. (This was the week Jenn from developmental therapy came to physical therapy to see how fisher was doing).. she definitely shocked us all!

On April 14th, big brother gave Fisher a bottle for the first time 🙌🏻 he was a pro at it. 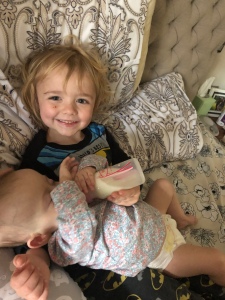 On April 18th, we went and had Fisher’s hearing tested again. She failed it again, which I expected. They told us we would need to go see ENT then come back for another test..

We also had Great “Gram”, Great “Grand-daddy”, Uncle JoeJoe, Aunt Bailee and Emerson in town for Easter weekend! They got lots of snuggles in and I think it’s safe to say Fisher loved her first Easter.. so did Wells 🙂 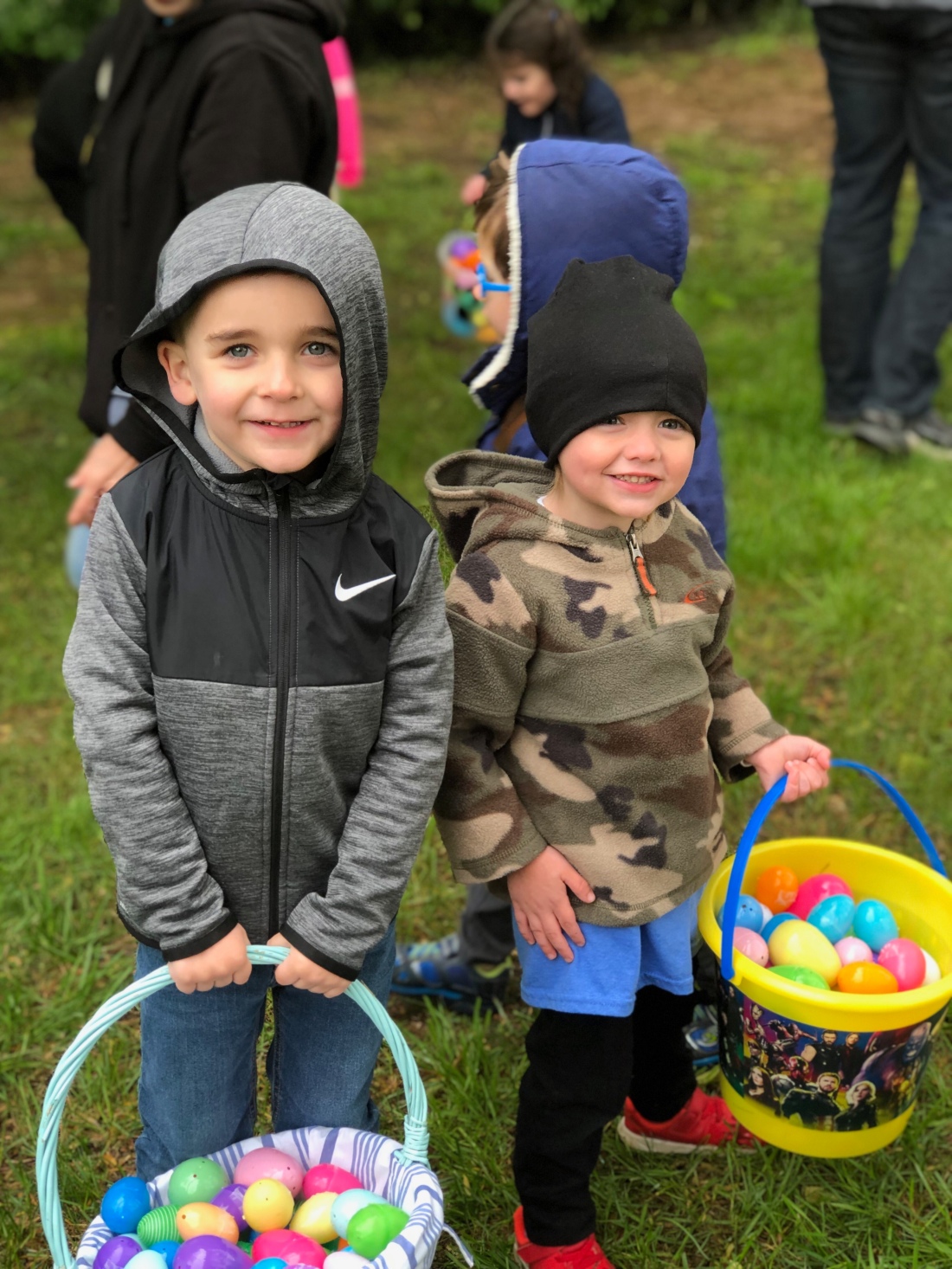 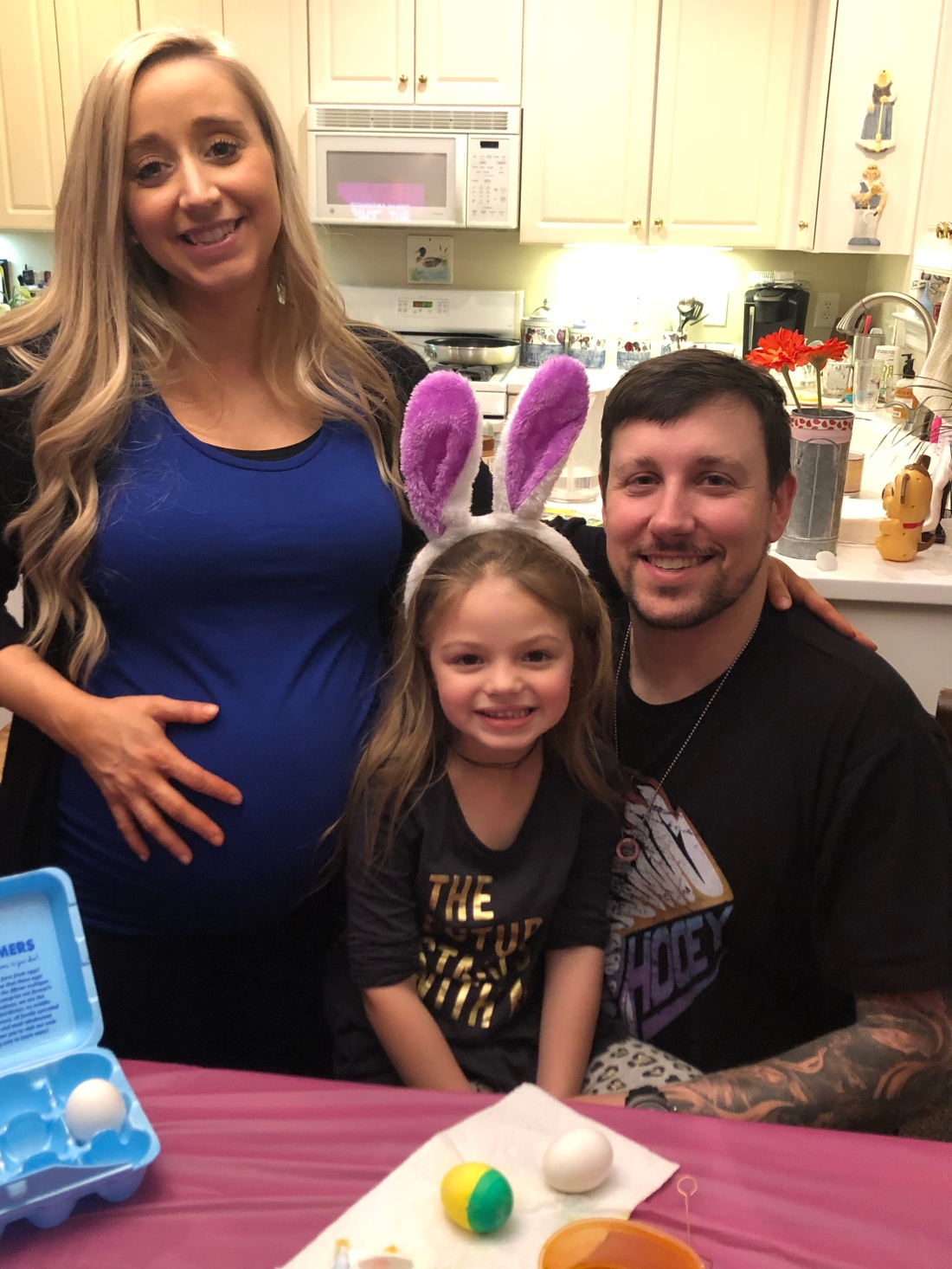 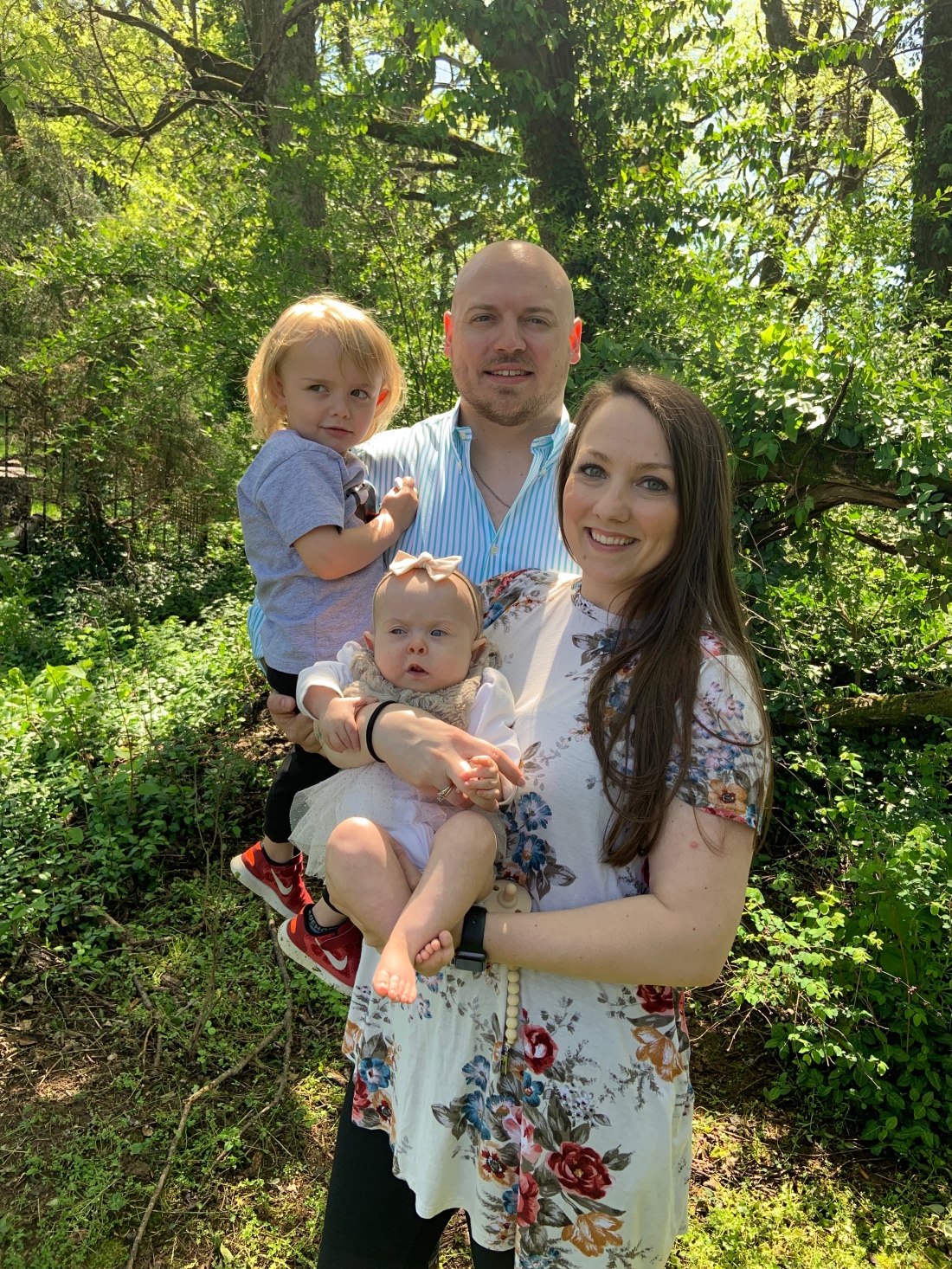 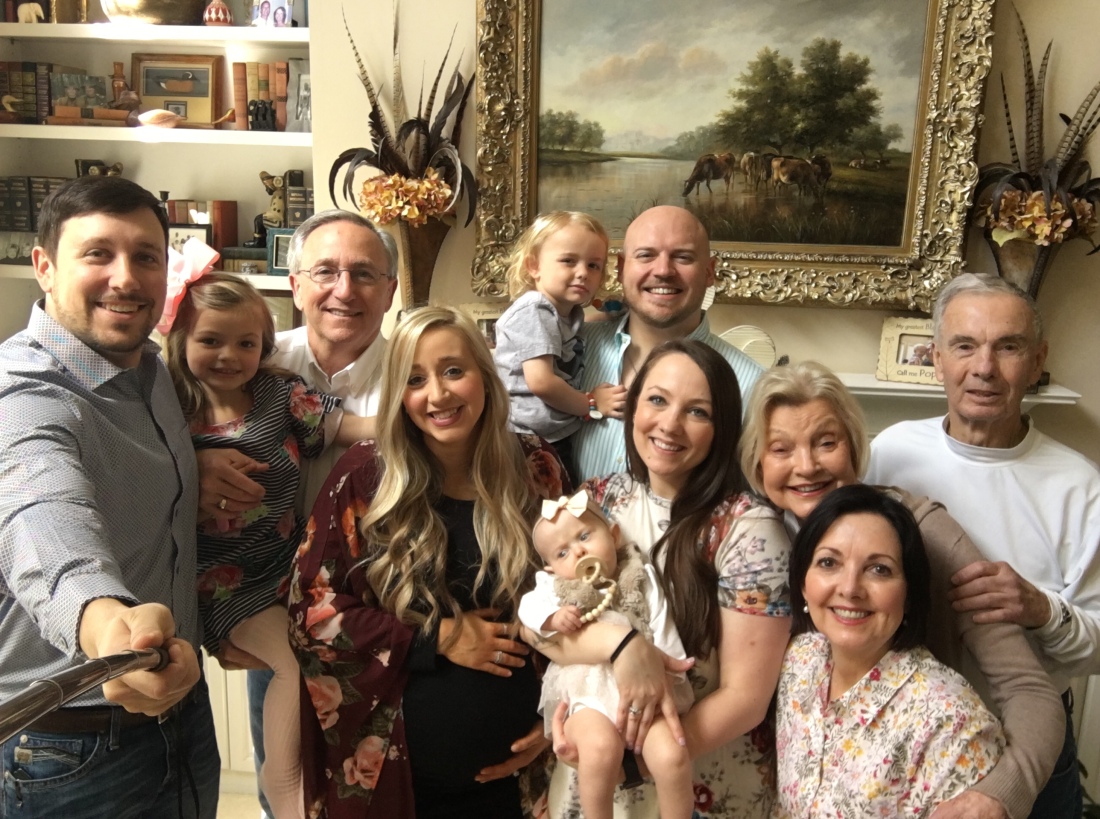 Last week, Bobby’s mom was able to come and stay with us for the week and man was it nice! Don’t get me wrong.. I love spending as much time won’t my kids as possible, but when she’s here, she loves on those babies so much I can actually get a break 😄 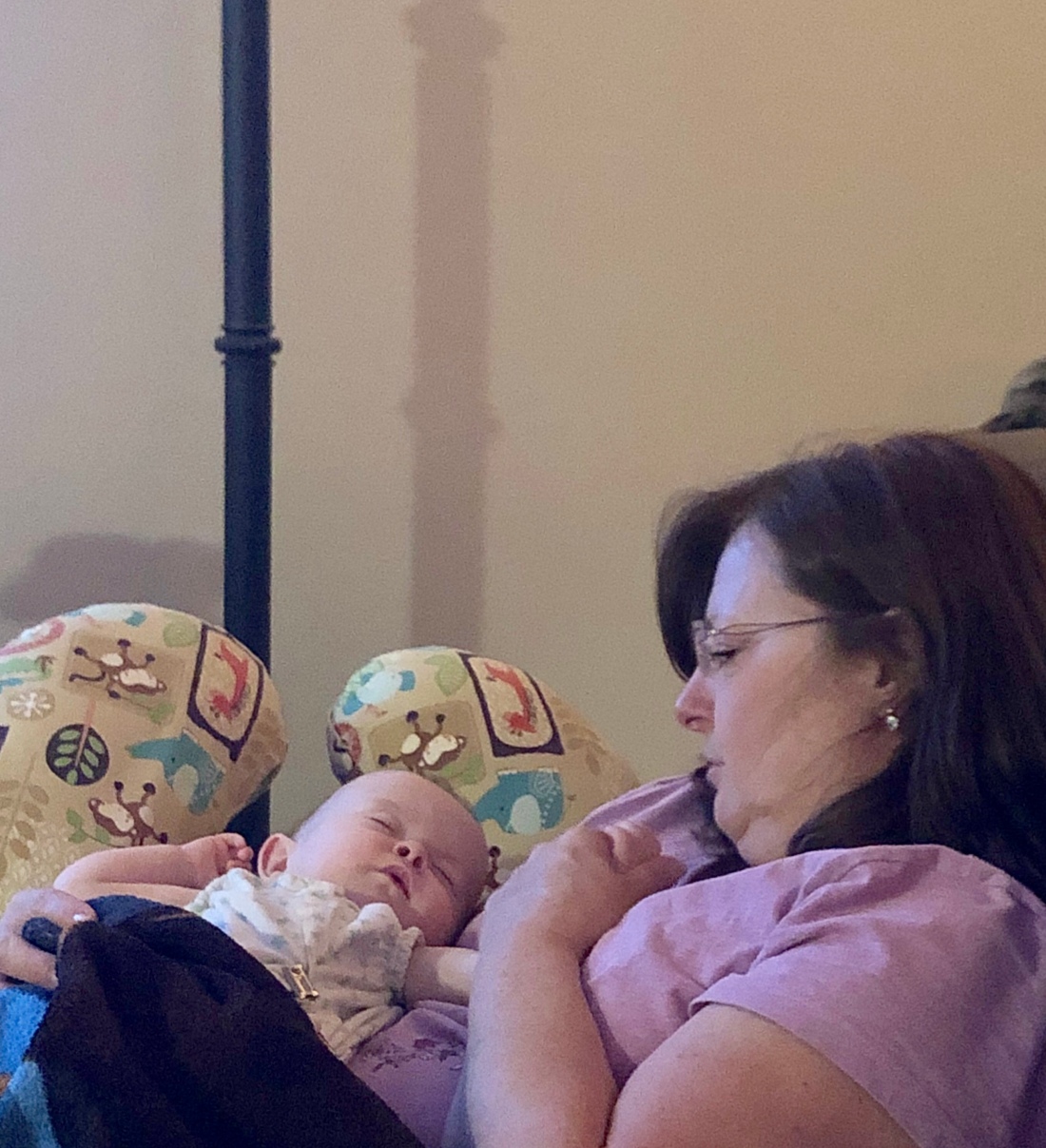 During therapy last week Fisher definitely made big improvements! She was able to hold her head up while being supported while sitting!

Oh how these two love each other!! 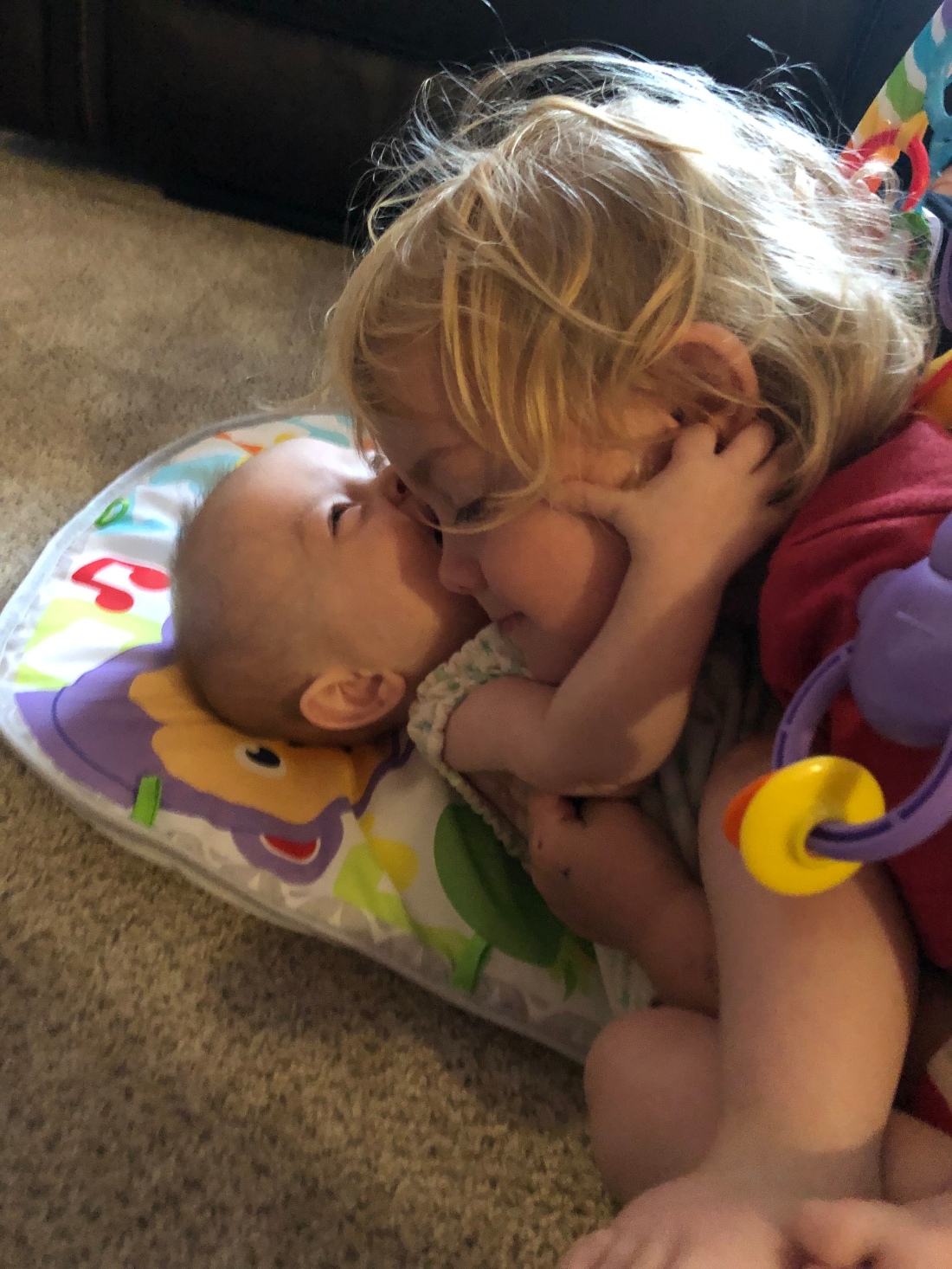 So now it’s time for a short story that I’m so excited to share. Bobby had a show at the Listening Room last Saturday night. The whole family drove down to listen to him play.. it’s one of our favorite things to do. When the show was over around 10:30 pm, both kids were asleep (like usual) and we usually hang out for about 30 minutes for the guys to meet their fans. It’s really a fun time because you meet so many different people! Bobby had one group of girls from CA that wanted to talk to him bc they liked his music, so he went and chatted with them for a little while. By this point it was probably around midnight and usually I would be complaining saying “let’s go!” For some reason that night I just felt calm, and felt like all was good with the world and it was ok that I had both kids out after midnight and I wasn’t exhausted 😂

Then I see Bobby walking towards me with the group of girls from CA. (Silently I’m thinking greattt not only do I get to talk to a group of girls that are hella gorgeous while I hadn’t showered in probably a day or two, but Fisher was waking up hungry, while Wells was asleep on me.) But I put on a smile and went with it.. and oh how happy I am that I did.

Bobby introduced me, Wells, and then Fisher. He said she’s very special, and I made the comment “yes, she’s very rare.” Usually we don’t say anything about Fisher and her syndrome but it just came out naturally. One of the women we were talking to said she has a son that has a rare genetic disorder. Bobby and I both asked what it was. Can you guess what she said?!

Yup you got it “2q37 deletion syndrome.” Before she could even finish her sentence Bobby and I were both in awe telling her no freaking way! Come to find out, I had been following her on IG because of the #2q37deletionsyndrome . I knew she looked familiar but I couldn’t put my finger on it until she said that about her son.

We ended up talking for about 30 mins or so and the different similarities our kids have. I fully believe everything happens for a reason and we were meant to meet Rachel that night. Many things had to happen in order for our paths to cross and I am so glad they did!

This week Fisher did good eating for Ms. Linda during feeding therapy and had a successful GI appointment. She is gaining weight and moving closer to that 13 lb mark. She weighs 12lb 13oz 🙌🏻 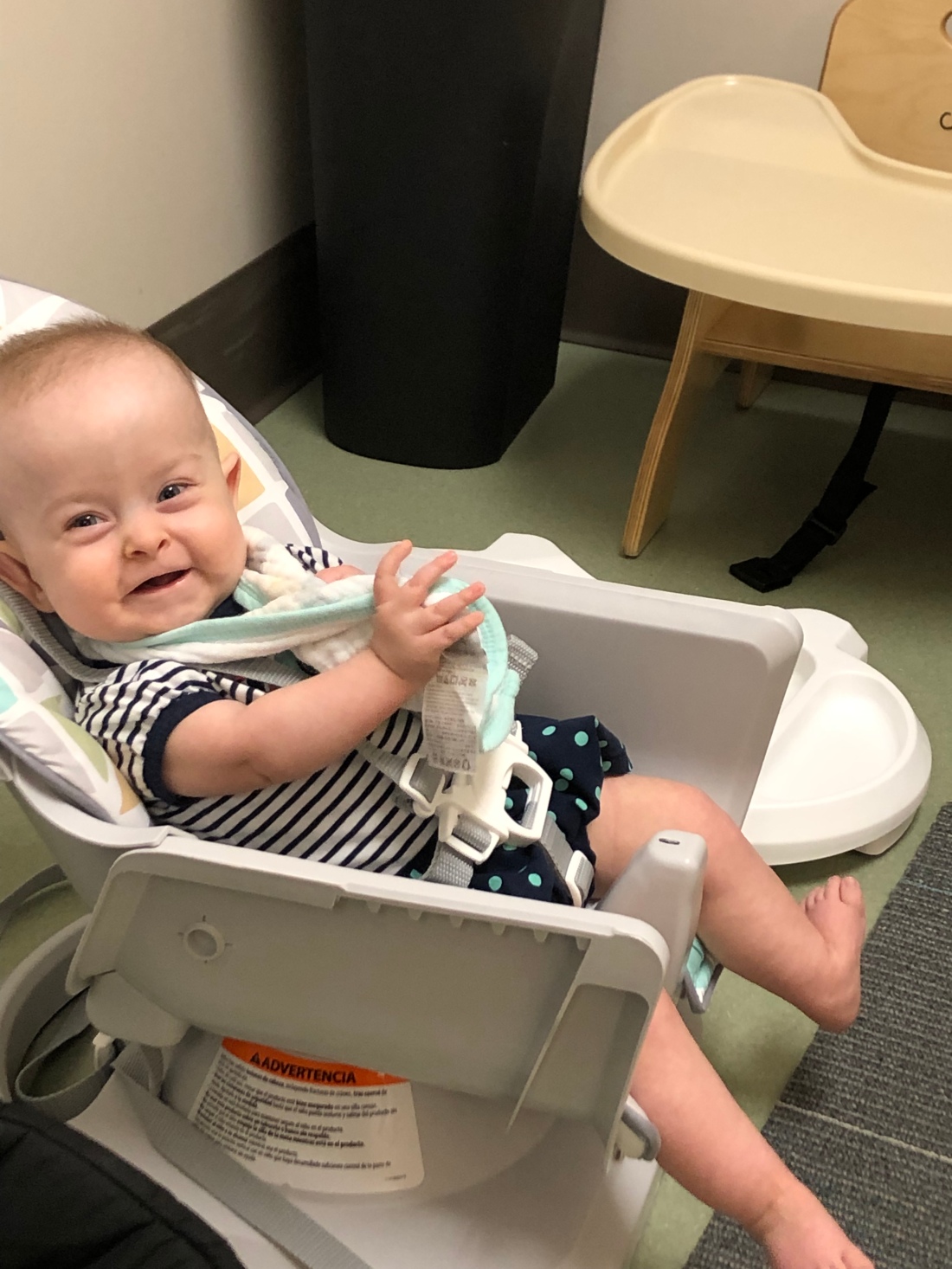 As I being to close this monthly chapter down.. I realized I didn’t touch base about the ENT visit!We went and saw the ENT department on Friday. Unfortunately, they put us with a Nurse Practitioner instead of an ENT doctor. I felt as if she didn’t listen to me really and definitely didn’t read anything really before hand. It was very frustrating. We left with the intent of her wanting Fisher to take Claritin for six weeks. Then we would test her hearing again and if she failed, put tubes in and remove her adenoids.

Needless to say, I wasn’t happy when we left there and waited to talk to Dr. Lohse on Monday. She informed me to try the Claritin for 2 weeks, we’d been waiting so long she needs something done sooner. But instead of starting Claritin Tuesday, fisher woke up with a fever of 102.7. She didn’t have any other symptoms, just a fever. She slept for about 13 hours that night!! She’s been a lot better since, but now big brother has a stomach bug, right before we leave for the beach!

On that note.. I’ll definitely be posting pictures of Fisher’s first beach trip! Might not have much details, but at least you can enjoy the cuteness!